Generations at the Public Market 2015 calendar 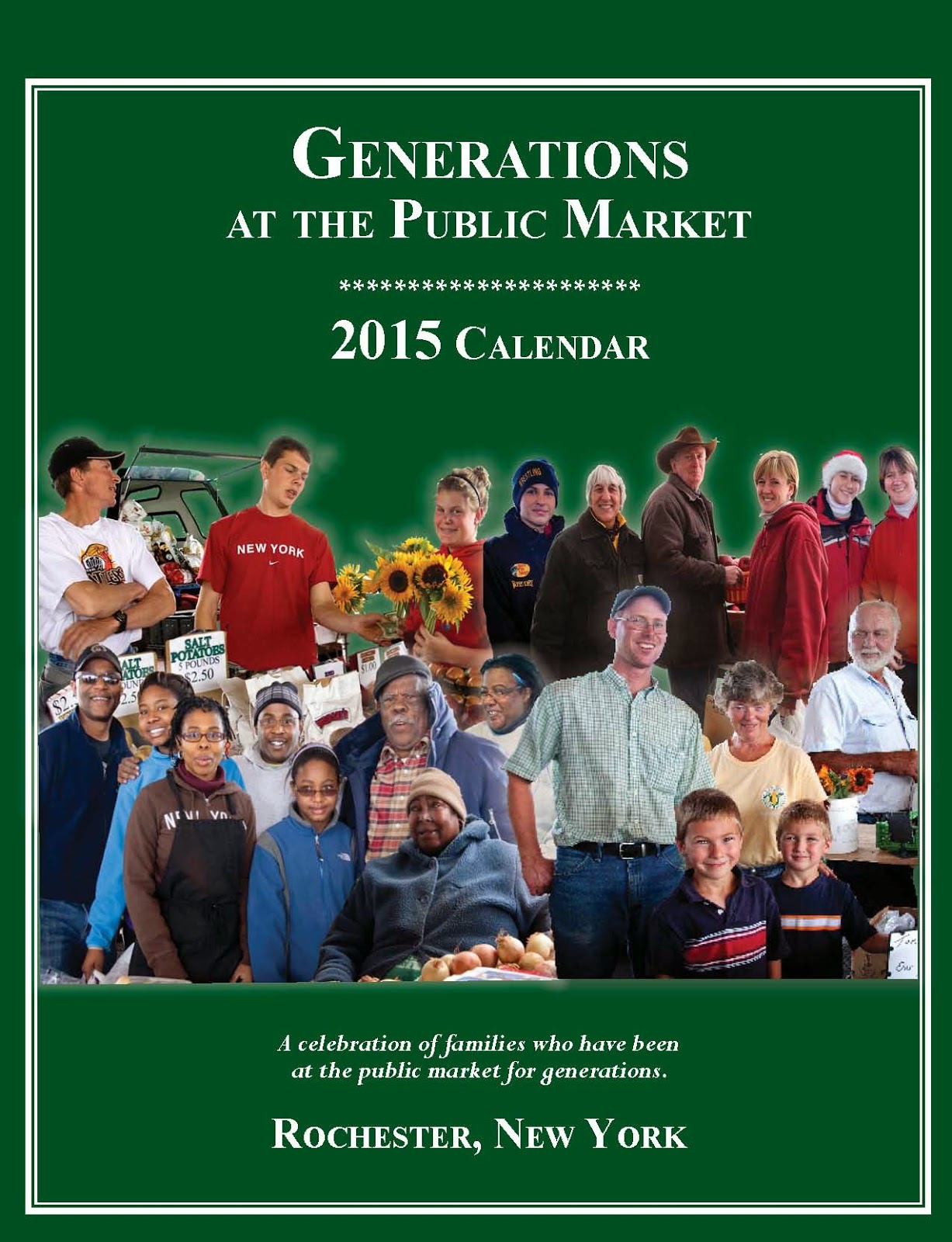 The Public Market in Rochester, New York, has been open since 1905. The 2015 calendar of Generations at the Public Market celebrates the families who have been at the market for generations.

Julie Dickinson is the fifth generation in her family farming. She works closely with her father, Randy, at their farm, Glad-to-Know-Ya in Sodus.

Bob Peters first came to the market when he was a child. His grandparents were coming to the market in the early 1900s. He is the third generation farming on Peters Farm in Fairport.

The calendar features 24 vendors. While many vendors have been at the market for three or more generations, the calendar also celebrates vendors who are the second generation of their family into farming. 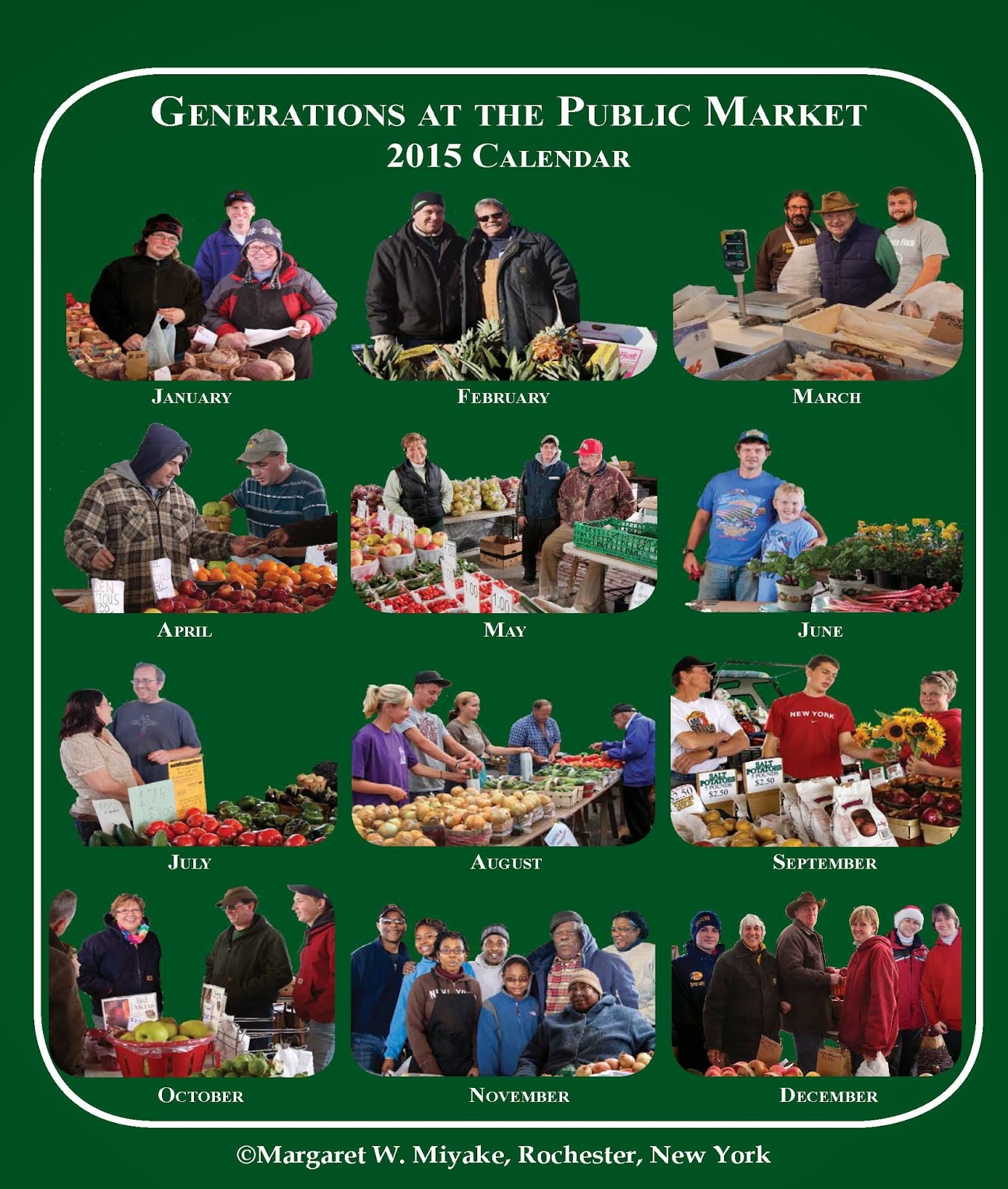 Upstate New York is blessed with its rich resources of water, fertile soil and mostly with many dedicated farmers. Their dedication to farming small, instead commercial farming, is fortunate for those of us who like to buy local and know the farmer who grew the produce.

I make the calendar from photographs I have taken of vendors at the public market and from the interviews I've had with the vendors.

Posted by margaret miyake photo at 11:08 AM