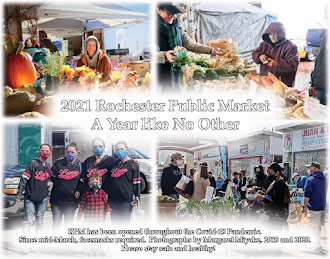 The 2021 Rochester Public Market reflects life today during the Covid-19 Pandemic and what life was like before. The market has been opened throughout and masks are required by shoppers and of course, the farmers and vendors. 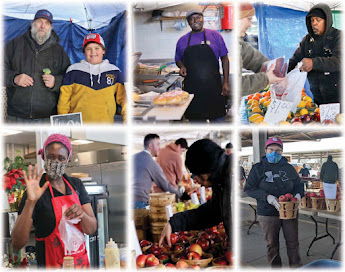 By mid-March 2020, New York State guidelines stated that face masks required, both by vendors and shoppers.
The 2021 calendar photographs are from 2020 until the October - December photographs which were taken in 2019. The months from October to December show vendors not wearing masks. 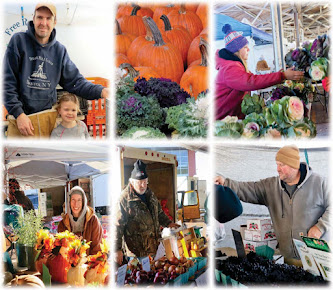 Posted by margaret miyake photo at 8:58 AM No comments: 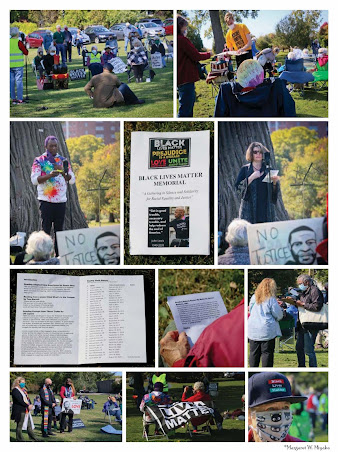 A peaceful memorial service  was held in Rochester to  pray, mourn, and honor the lives of "Black and Latino Deaths at the Hands of Police" by "Saying Their Names."

Speakers read each person's name, followed by a minute of silence:

Saying their Names: Black and Latino Deaths at the Hands of Police 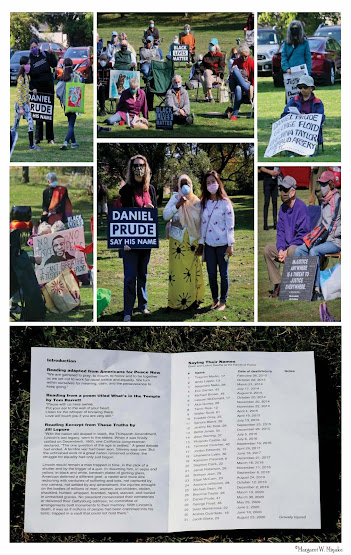 Posted by margaret miyake photo at 8:55 AM No comments: 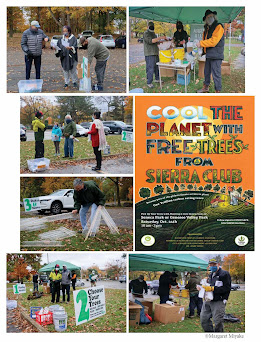 Many thanks to the Sierra Club here in Rochester, New York, for "giving away" hundreds of trees for us to plant for the future.

The trees came with planting instructions, stakes and sleeves so even novice gardeners could be assured of success.

May our hands be dirty in hopes for a healthier and more nourished earth.

Masks worn by all during this global Covid-19 pandemic.

Posted by margaret miyake photo at 10:14 AM No comments: 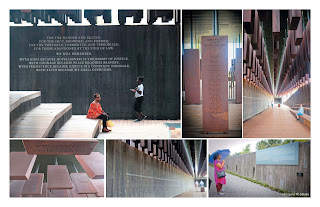 Posted by margaret miyake photo at 9:18 AM No comments: 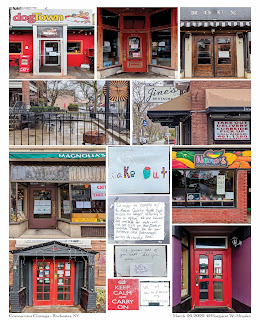 Rochester, New York, is in lock-down like many other cities due to the coronavirus pandemic. Restaurants are one of the hardest hit businesses. Here are how some are responding on Park and Monroe Avenue in Rochester.
Posted by margaret miyake photo at 10:52 AM No comments: 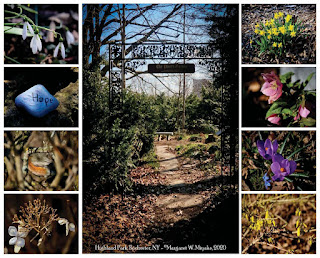 Rochester is blessed with many parks. These collage is from my recent visit to Highland Park, But other parks include Durand Eastman, Highland, Cobbs Hill, Ellwanger and Barry, Genesee Valley, Ellison, Tryon, Pinnacle, Lucien Moran, Corbetts Glen, Mendon Ponds. Here s a link to the ones in Rochseter, https://daytrippingroc.com/city-of-rochester-parks/
Posted by margaret miyake photo at 10:42 AM No comments: